Our Board of Directors governs and advises us in our endeavors to impact the community by creating an elite basketball showcase where mass communications students gain experience by covering an athletic event and the public gains valuable knowledge about wellness and diabetes awareness.

Brian O’Shea
Founder and Chairman of the Board

Brian O’Shea conceived the concept of creating an elite athletic event in November 2011. Since that time, the Annual Shirts vs Skins Basketball Classic (SVSBC) has grown from a 5 team showcase event in 2015 to 17 teams in 2017.  As the SVSBC continues to grow, O’Shea’s love for the media industry added an additional dimension to the event. Through the SVSBC, media industry leaders mentor mass communications students as they practice their craft by covering an athletic event.  The event also shines a spotlight on diabetes education and awareness, an issue that is very close to O’Shea’s heart because both of his parents suffer from Type 2 diabetes.

Brian O’Shea is a seasoned veteran known for creating and leading a group of qualified individuals to host the big event.  O’Shea has the vision to invent the “un-thought of” and turn it into a reality.  In the summer of 1985, O’Shea’s approached Daryl Jr. Cline of Jr. Cline and the Recliners to perform at one of his events.  The event was a huge success, attracting a paid attendance of over 600 people, and resulting in a close relationship between Daryl Cline and O’Shea. Cline and his band performed at two larger events in a one-year period.  In the summer of 1986, Cline and his band performed at Brian’s premier of the ski movie Extaski.  Bolle’, who sponsored the movie and supplyied sunglasses and ski goggles, labeled the film “a big hit” and featured it at their worldwide distributor sales meeting in France that same year.  In fact, in January 1987, Bolle’ used footage from Extaski in a 30-second commercial that was run in conjunction with a television show that aired on NBC. 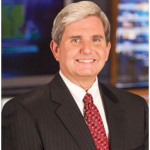 David Collins is a general assignment reporter and a member of the WBAL-TV 11 News I-Team. He has lived most of his life in the Baltimore-Washington area.

Collins was elected to the Shirts vs Skins Organization Board of Directors on March 7, 2017. Prior to that, since 2015, Collins served as head of Broadcasting and Media Coverage for the Annual Shirts vs Skins Basketball Classic Organizing Committee.  Collins was instrumental in spearheading an internship program and mentoring mass communications students, teaching them proper interviewing technique. 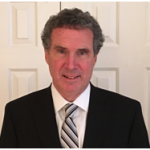 Tom Murray was elected to the Shirts vs Skins Organization’s Board of Directors on May 2, 2017, after previously serving in a number of capacities since 2015.  Murray oversees budget, accounting and tax management. 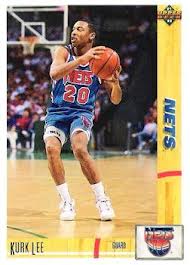 Lee is a retired American professional basketball player.  A 6’3″ (1.90 m) and 190 lb (86 kg) guard born in Baltimore, Maryland, Lee played collegiately at both Western Kentucky University and Towson State University. He signed as a free agent with the New Jersey Nets in 1990 and played sparingly in 48 games during the 1990–91 NBA season, averaging 1.4 points per game. He was signed by the Miami Heat in the off-season of 1993, but was waived prior to the start of the season.  Lee has also played in the Continental Basketball Association, International Basketball League and in the Philippines, Turkey, Finland and Estonia.  He retired in April 2002. 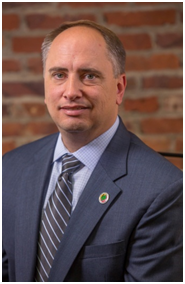 Terry Hasseltine was elected to the Shirts vs Skins Organization’s Board of Directors on March 30, 2017, where he will assist the organization and share his knowledge of the sports entertainment industry. Hasseltine will play an integral part in venue selection and establishing partnerships with corporate sponsors for the Annual Shirts vs Skins Basketball Classic.

Hasseltine was hired in July 2008 as the Executive Director of Maryland Sports and joined the Maryland Stadium Authority leadership team as Vice President of Marketing and Communication in 2014.